William and the Texas Starlight are a hard-driving honky tonk band based in Houston, TX. With a reverence for the golden age of country music, William and the Texas Starlight perform country classics by beloved artists such as Buck Owens, Johnny Cash, Merle Haggard, Waylon Jennings alongside original songs influenced by traditional country, Old Time, & Americana while bringing high energy and extraordinary musicianship to every performance.

Led by William vonReichbauer, a classically trained multi-instrumentalist and vocalist, whose exceptional musicianship and rich baritone voice make him a crowd pleaser in honky tonks and concert venues across the greater Houston area and beyond.

vonReichbauer is backed by some of the finest players on the Texas music scene with Chris Ardoin on drums, Lance Smith on guitar, and Stephen Snoe on fiddle. William and the Texas Starlight brings electricity, authenticity and outstanding talent to every stage they play.

Thanks to Voyage Houston for featuring William in the Thought-Provoker’s series!
Click on the link below to learn more:

Please direct all inquiries to management@williamandthetexasstarlight.com.

Thank you for stopping by! 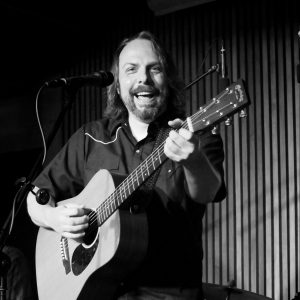